News about the EMH Team’s fundraising……. 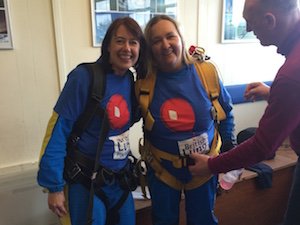 On 21st May 2015 Manager Debbie and Care Coordinator Carla took to the skies for the craziest fund raising effort yet !

After the jump being called off due to high winds on the first two planned dates they finally boarded the light aircraft at 10am ready for the biggest leap of their life !

Strapped firmly to an experienced sky diver it takes around 12 seconds to reach the maximum speed of 120 miles per hour.

After 50 seconds fast free fall the parachute is deployed and the next 5 mins is spent riding the clouds, spinning around and taking in amazing views.

The jump raised over £1000 for the British Lung Foundation in memory of Michael Moore the co-founder and owner of East Midlands Homecare who sadly passed away in 2013. 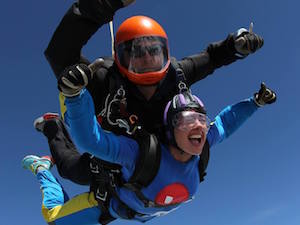 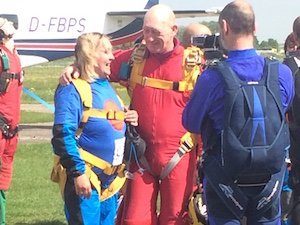 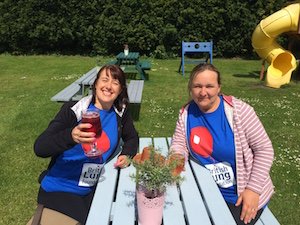 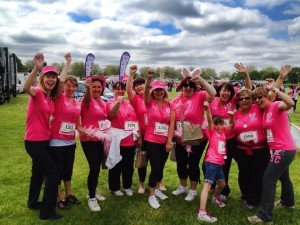 In June 2013 a team of ten Care and Office staff and little Beth joined forces to take up the challenge of the Race a For Life in Nottingham.

Team EMH ladies ranged from the age of 8 to 58 all ran their own race and achieved our own goals but our one common goal was to raise money for Cancer Research.

Between us we raised a whopping £1000 for an excellent cause. 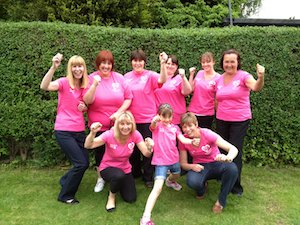 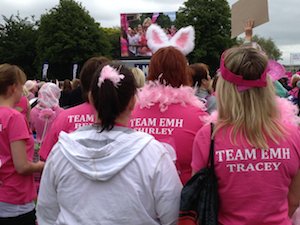